Abbey raced today at Primavera Round 2 at the Olympic Park in Stratford. It was a very windy day, with winds reaching 50mph. Plenty of medals for SYRT today.

Suffolk Youth Race Team went down to Castle Combe for the Easter Friday Road Race. First race was the Under 8 Boys race and we had Callum Thompson representing the team; only 6 years old with 3 years left including this year in this category; it was a big ask to come anywhere other than last. As they started Callum clipped in quickly and took off down the start finish straight at quite a pace. As the field turned left into the pit exit and headed back up the hill, it was hard to see where the riders were placed due to the pit wall being between us and pit lane. The riders headed up past the last corner and back onto the start finish straight. To our shock Callum was in 3rd place with the field close in pursuit. Shouts out to Callum to change gear, but he was already there changing to top gear and sprinting down the straight. The other older lads closing in fast down the hill. Callum checked behind as we warned him of the closing peloton. He put his head down and pressed on. This happened for the 20 minutes of th e He put his head down and pressed on. This happened for the 20 minutes of the race with Callum obviously flying up the hill in the pit lane. The two riders who beat Callum were 8 year olds riding for ‘Cotswold Veldrijden’ and the very famous ‘Maindy Flyers’, the latter being the club of a number of Tour de France riders including one TdF winner. Callum was over the moon with his 3rd place and the £5 note he received as prize money.

Next was the Under 8s Girls race. Suffolk Youth Race Team had Eva in the race on her new bike. Eva had a great start and was about 6th into the first corner. Eva powered up the pit lane overtaking her competitors as she went. Eva then had a ding-dong battle with a girl trying to take 4th place off Eva. Ever persisted and drove hard to keep her 4th place to the line. Eva was a little disappointed to be 4th, but considering the quality of the field, it was explained to her how well she had actually done. Its good for the youths to want to do well, it will drive them on in the future. Eva is now proud of her result, as are we. Great effort.

Last was the Under 10s race. Abbey represented the team in this race. Abbey has a history of winning road races, but on her birthday around 3 weeks ago, Abbey was involved in an two incidents in a road race in London, neither of them her mistake, with the second causing a fracture to her right arm. This race was her come back race. Abbey had been working on her indoor trainer for the three weeks she wasn’t allowed to ride. This keeps strength intact, but not aerobic capacity. There was also the psychological angle around commitment. Abbeys race had top quality riders in the field, with Orla Willis, ex-national champion and the top riders from the
‘Maindy Flyers’ Criterium League. The boys race started some 10-15 seconds before the race, so the ask to Abbey was to not focus on the girls, but see if she could close the 15 second gap and beat
the boys. Looking at the quality in the boys race, that wasn’t really feasible, but meant Abbey had to push for the whole race. The race was supposed to be 20 minutes long, but it felt more like 25 mins. Abbey had a protective sleeve over her fractured arm in case misfortune came along and she had a crash. There was a lot of concern as it wasn’t 4 weeks after the fracture.

As the whistle blew Abbey got a reasonably good start with the girls flying down to the first corner and almost getting past the last boy before the corner. As the girls rode up the pit lane they started to pass the tail of the boys race, but as the course narrowed and twisted around the back it became apparent the girls were losing time. As they came around the top corner, Abbey was in the lead with her friend and main rival over the years, Orla Willis, right on her wheel looking determined. Abbey pulled a two bike gap on the main straight to end lap one. The rest of the race was all about how many boys Abbey could catch before the end. Each lap Abbey over took at least one rider to get up to 2nd or 3rd overall by around 4 seconds, before she ran out of time. Abbey said she was more fatigued than normal which was understandable due to lack of training.

The event was really well organised with a very high quality field. If possible it will be an event we will look forward to next year.

Suffolk Youth Race Team (SYRT) had its launch on the 16th of December at IBC’s cyclocross event at Trinity Park. The team had 9 riders out in Under 8s, U10’s, U12s and Under 14s out of around 16 approximately. Most of the riders were chasing league positions, with a view to move up a position or hold onto a position. The team is doing very well in the Eastern Cross League with Callum in 4th place and Eva in first place. In under 10s we have Abbey who is regional champion in 2nd place, and now after coming second on the 16th now not looking like regaining 1st place, and almost certainly coming 2nd. In under 12s we have the ever present and very quick Ben Howlett who is looking at 4th or 5th in the league, and is fighting hard. Ben came 3rd which was very good considering the field he is competing in and also beat Oscar Everett for the first time this year. Well done Ben. Outside of the league we had Oscar riding in Under 14s, who rode very well in a very fast race. I’m sure that Oscars mum, family and friends were impressed with his natural talent. Imogen and Kian both had a great time in the under 12s, after a lengthy time out. Great to see Imogen having fun, and enjoying the social gathering at the end of the race with her team mates. Monty rode very confidently in his first race in Under 12s, and finishing well. We met new members Tallulah and Aaron who should be racing before the seasons out. The youths had a great time, and that’s the most important thing.

The last time Ipswich Velo kit will be worn for the youth.

On Sunday Welwyn Garden City hosted the combined Central and Eastern Regional Cyclo-Cross Championships. The course was slippery after the previous night’s rain. As the Under10s and Under8s lined-up with deep concentration on their faces; the commissaire blew his whistle to start therace. The field burst into life with everyone checking who was around them. Abbey Thompson of ‘Suffolk Youth Race Team’ led the Under10 girls into the first corner with the top three boys just ahead of her. Abbey raced against Isabel Beale from Lea Valley and Katie Allsop from Hillingdon with mixed success this year; this time she rode away from both. The boys accelerated out of the corners quicker with Abbey reeling them back in along the straights. An elated Abbey took 1st place in the combined Central and Eastern U10 girl competition and is also Eastern Regional Champion. Callum Thompson started really well from the back of the grid, due to being only 5 years of age racing against 8-year olds. Callum stormed around beating a number of older riders. Callum finished 3rd in Under8 boys in the Eastern Region.

Redgrave near Diss was the venue for round 11 of the Eastern Cyclocross league.

Under 10 Girls Abbey Thompson rode well, but got held up by a boy and couldn’t close the gap back to the leaders. Abbey finished 2nd girl.

This course wasn’t technical, but the long grass made it very energy sapping. Hopefully the next league round at Trinity Park Ipswich on the 16th December will favour our riders a little more. 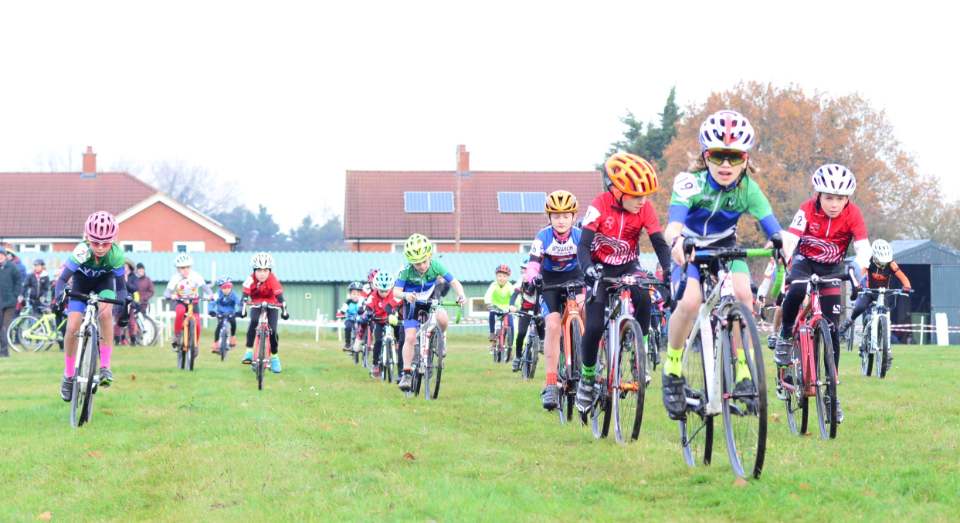 What a Great Weekend.
Abbey Thompson competed in the Central League’s Under 10s Cyclocross event at the Milton Keynes Bowl on Saturday. Abbey had a good start, and was first into the first corner with a large field following her. Abbey took the lead for almost the race. In the last half lap Abbey collided with a rider she was lapping, which meant she lost a place and finished a few seconds behind the winner giving her 2nd overall, but still 1st Girl. 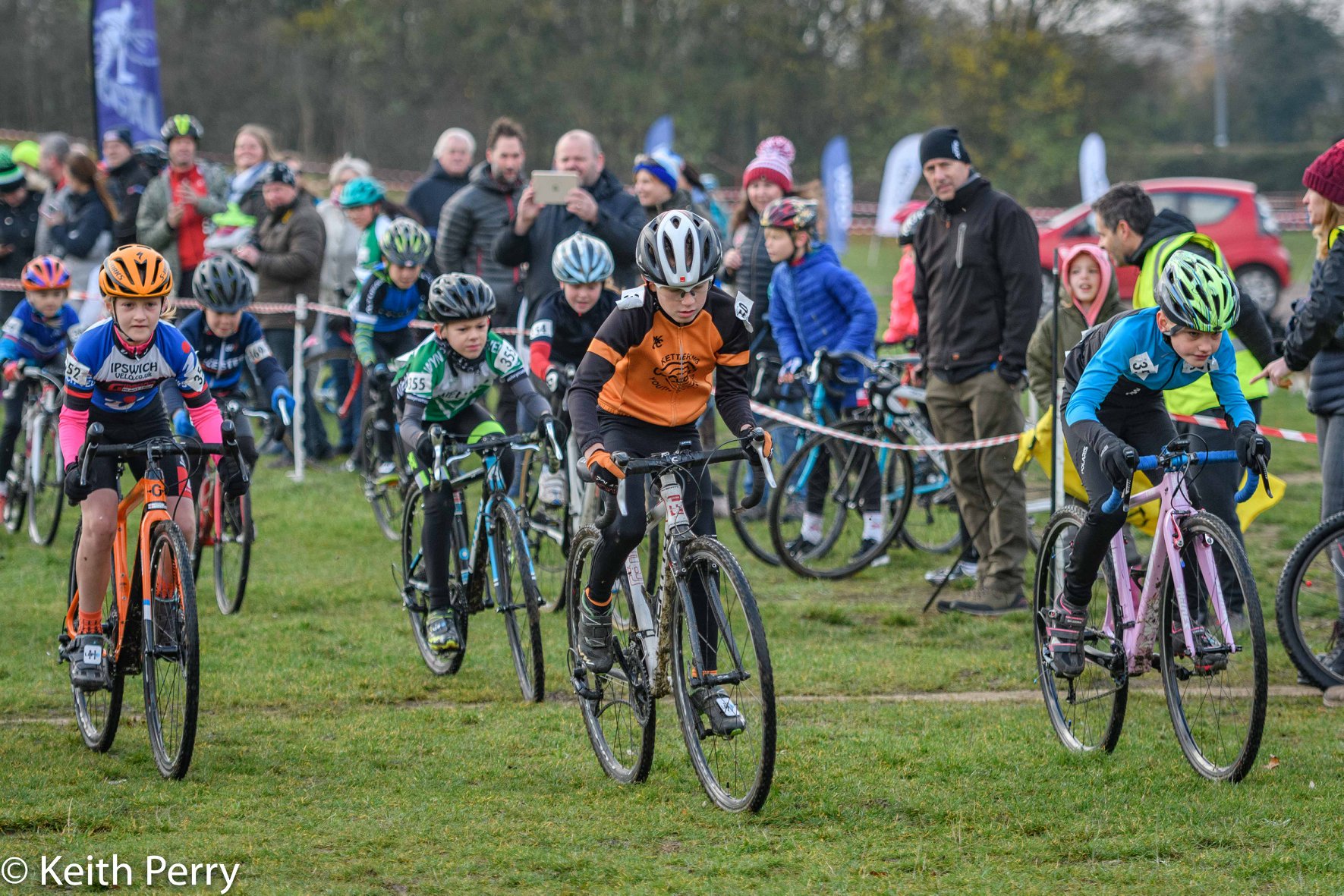 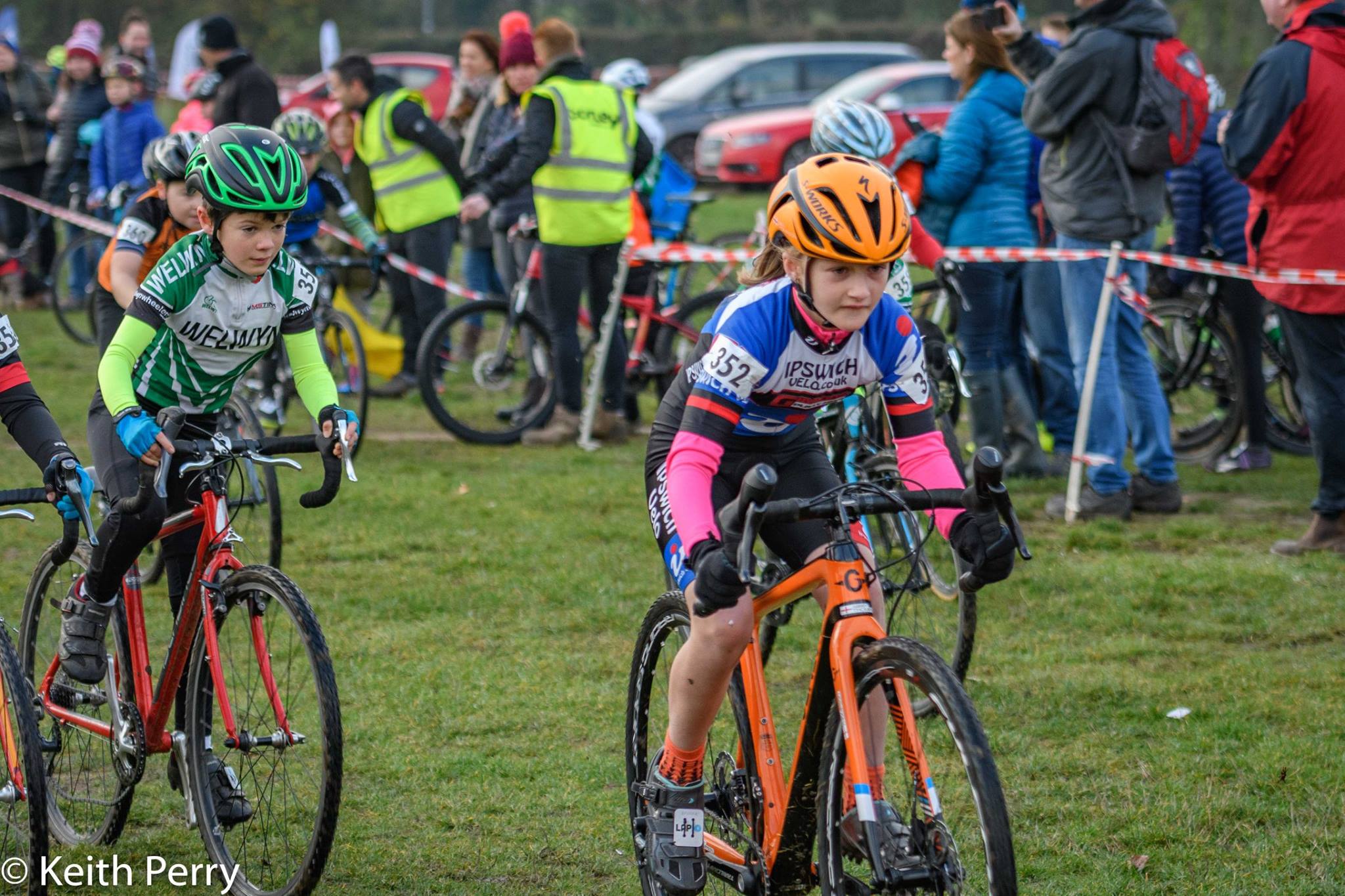 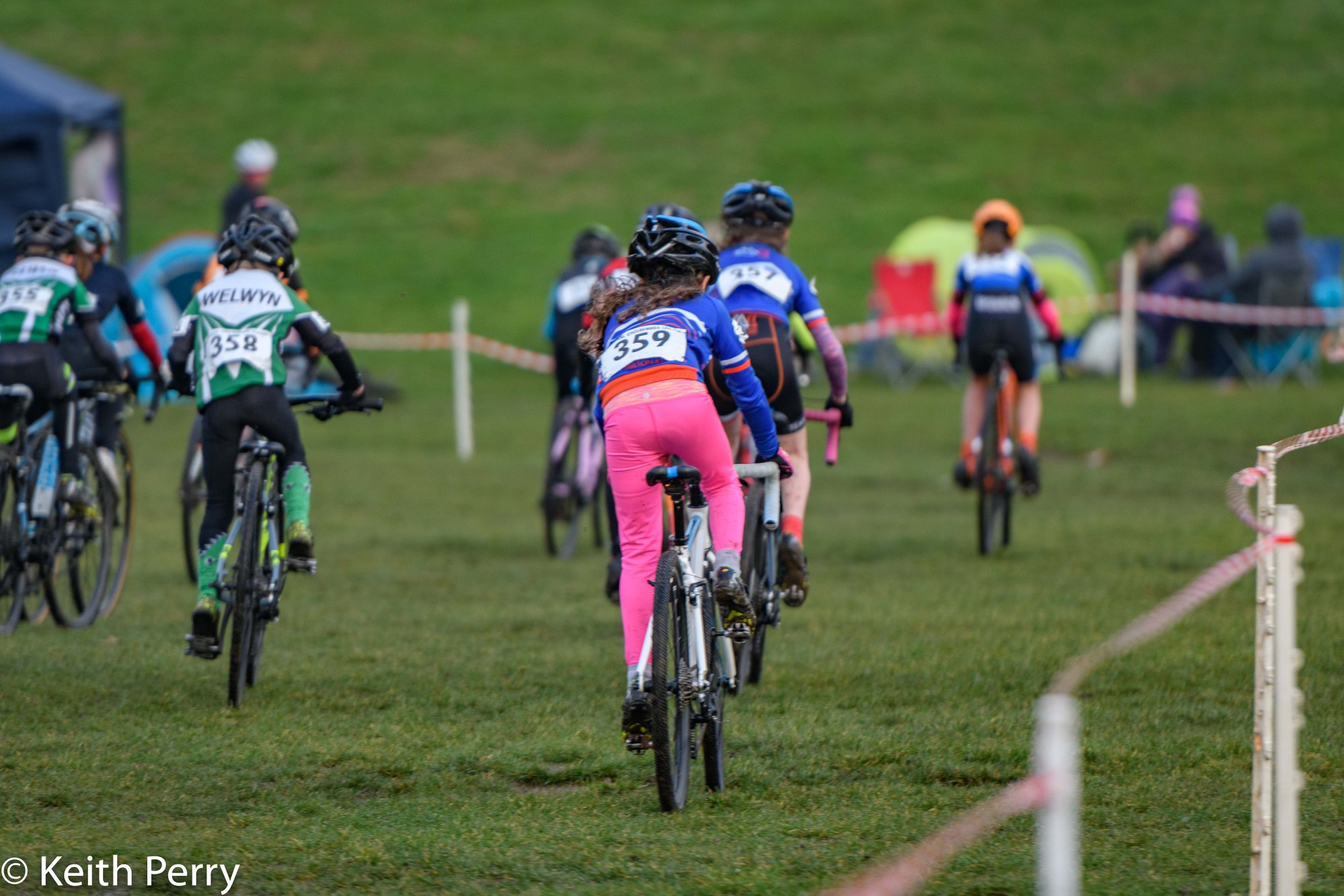 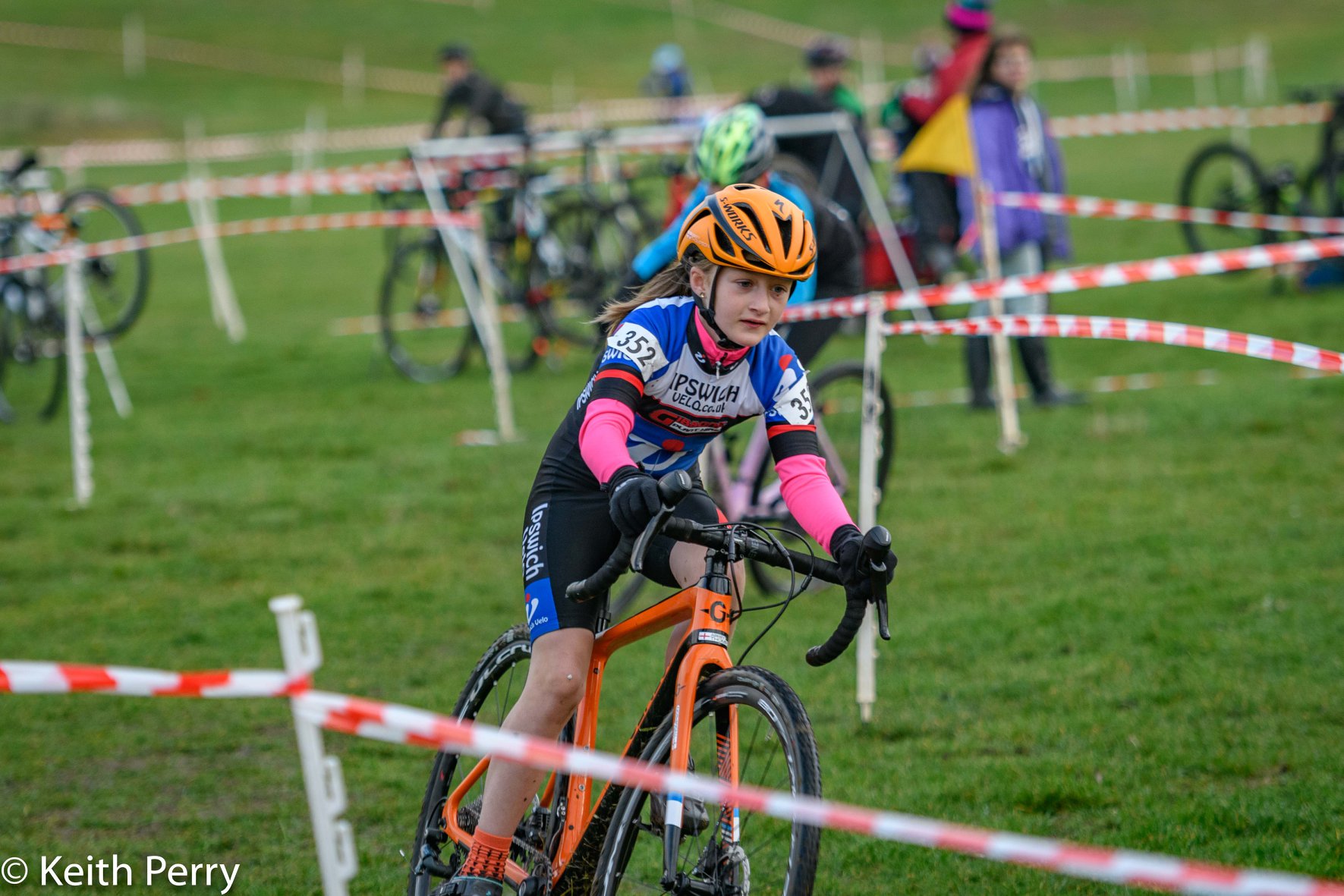 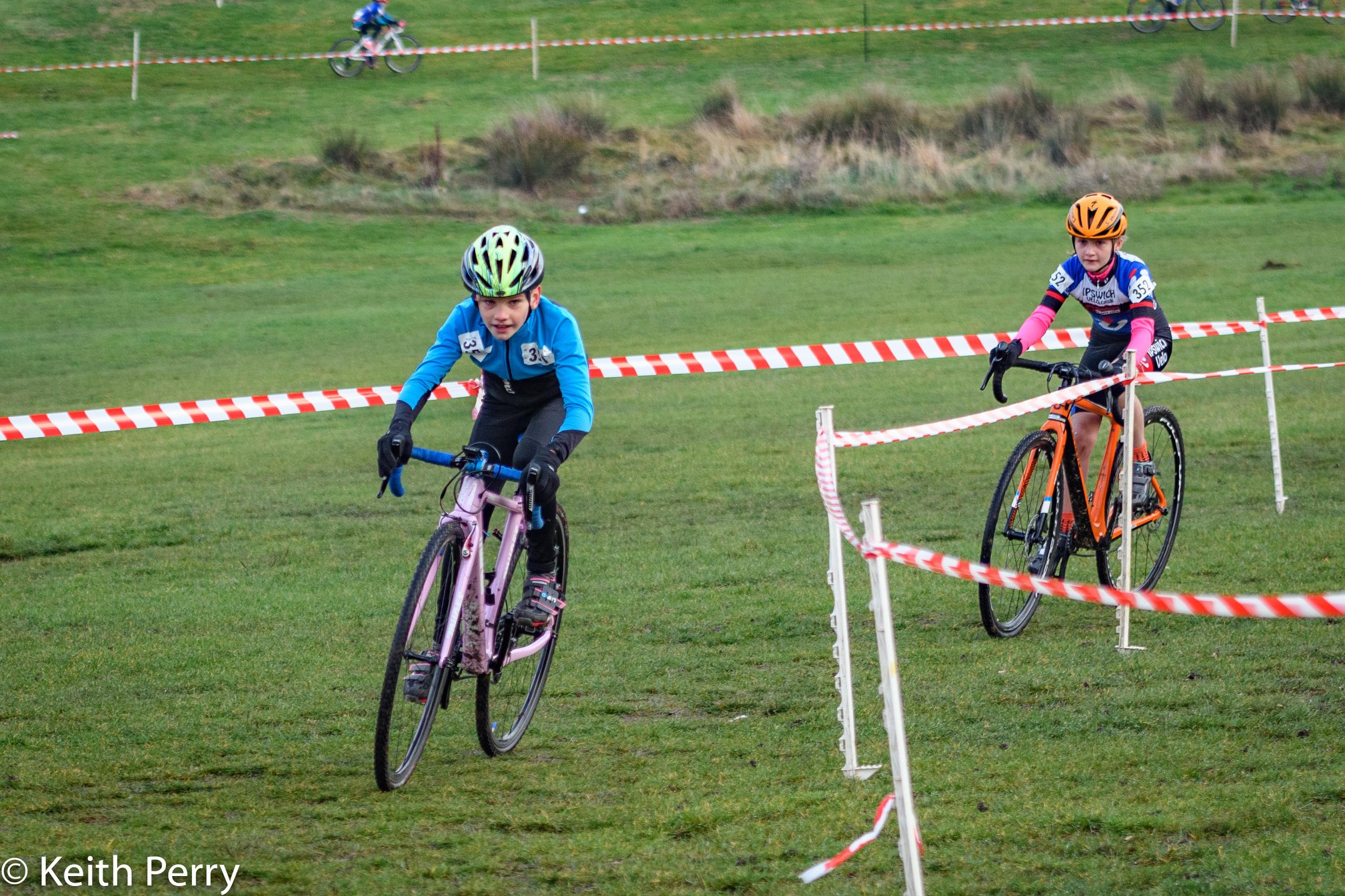 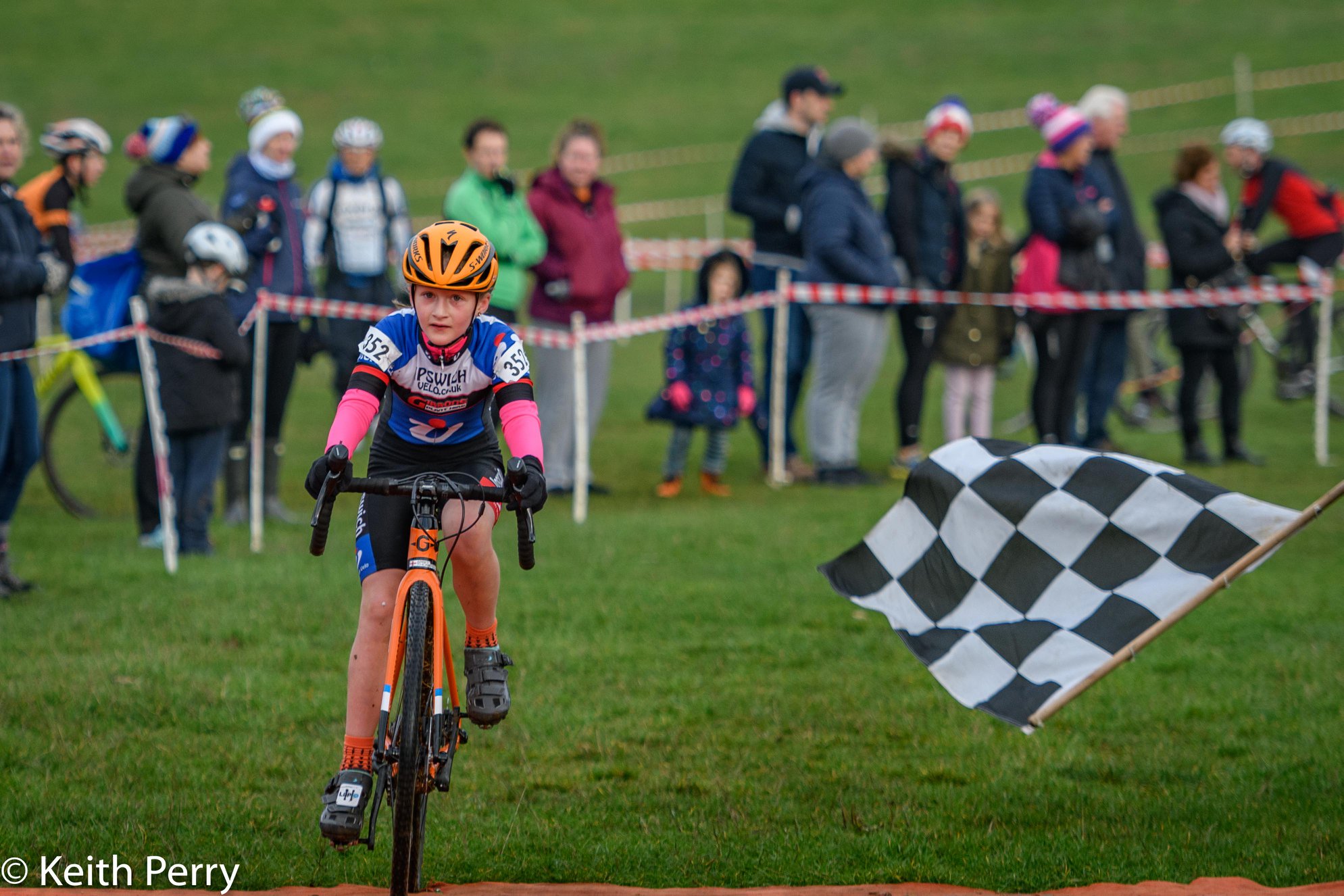 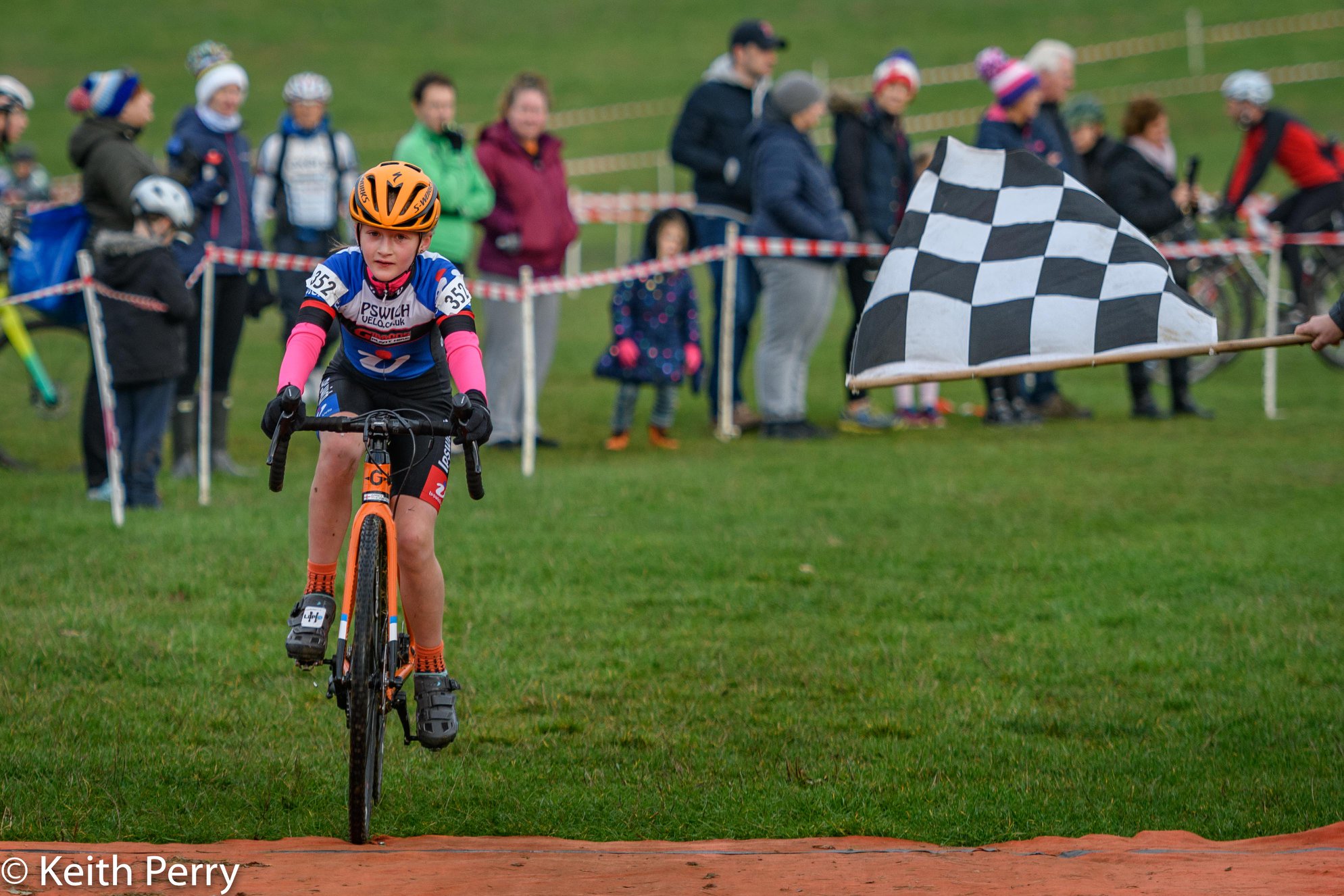 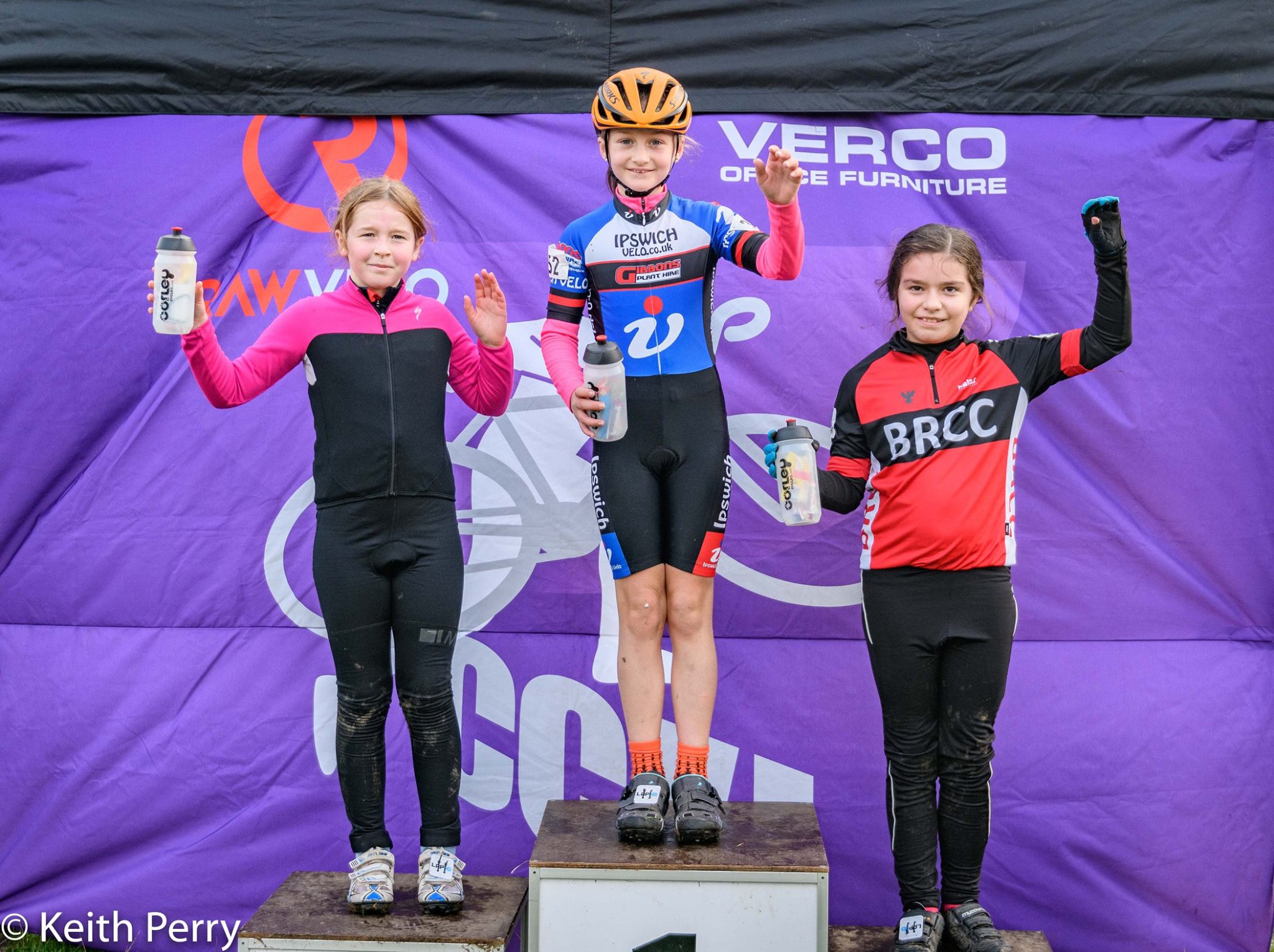 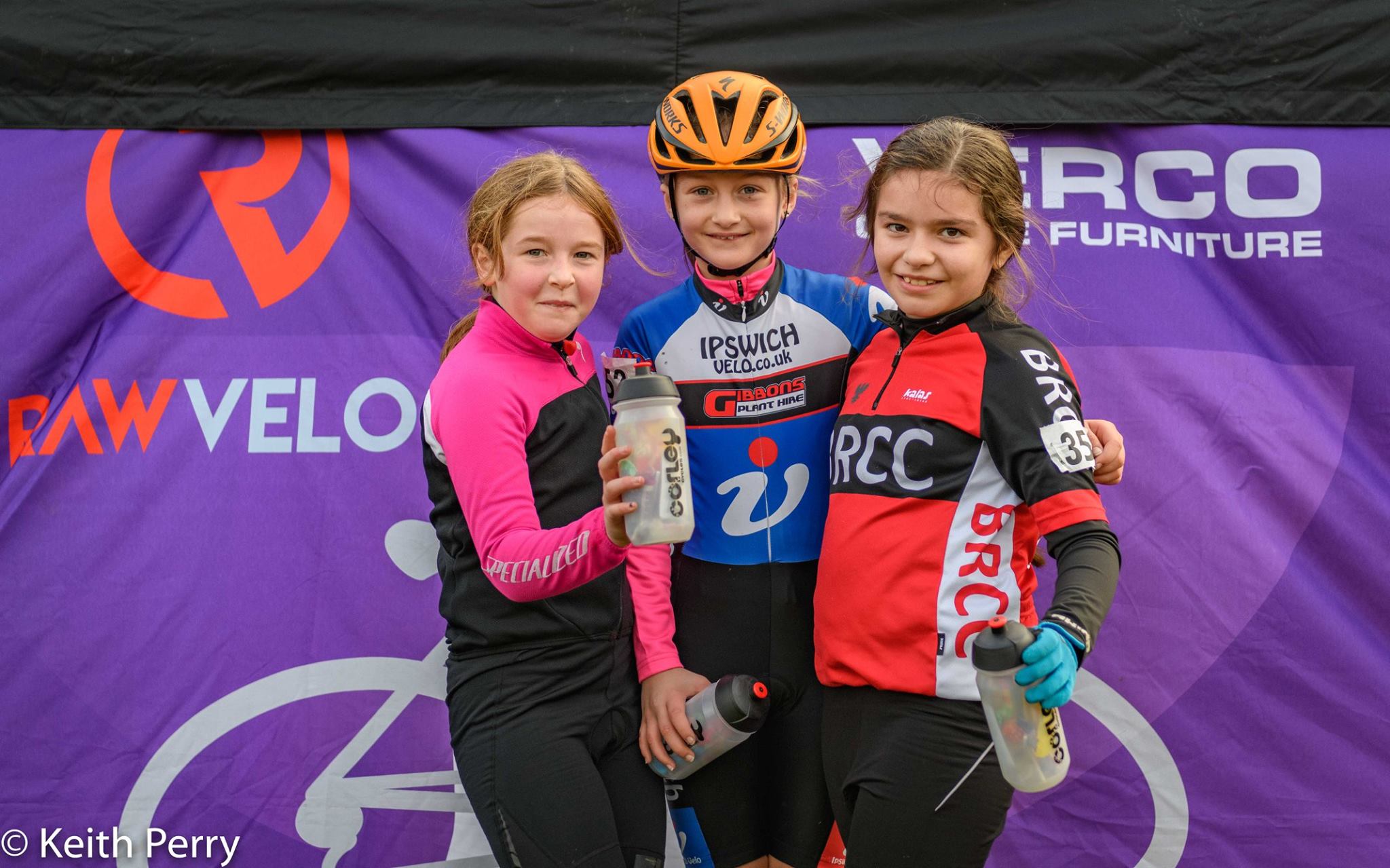 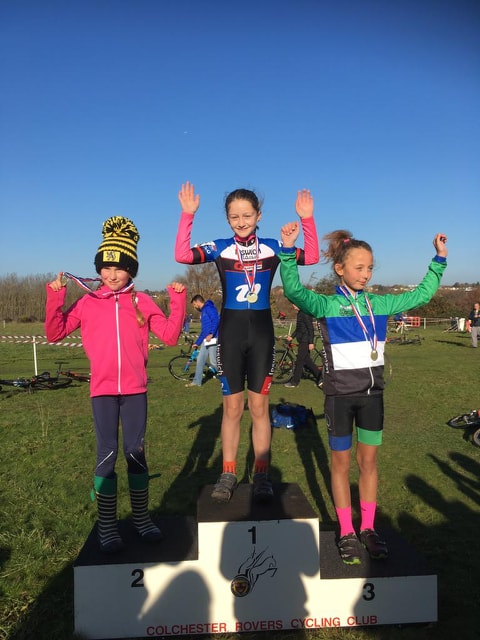 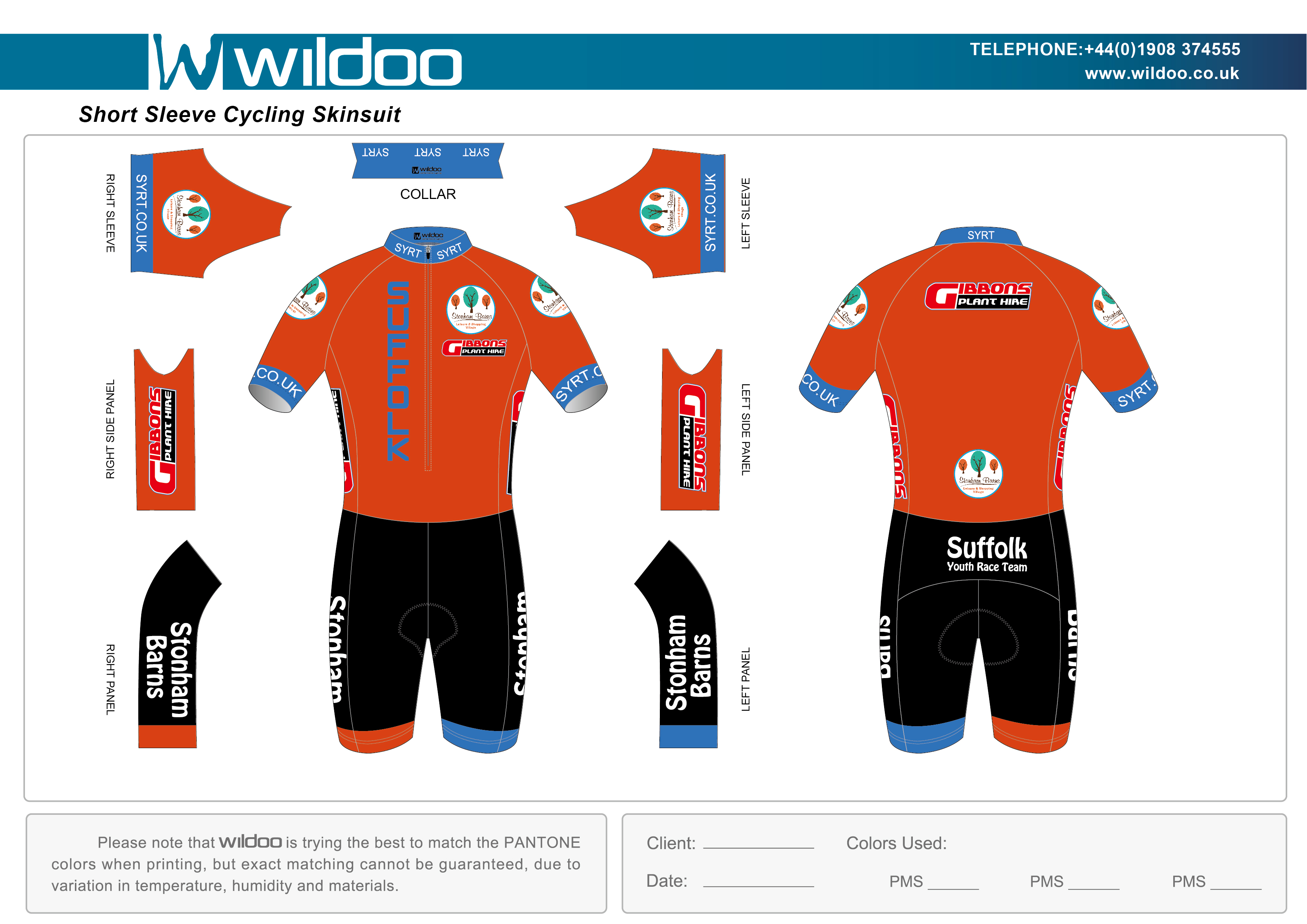 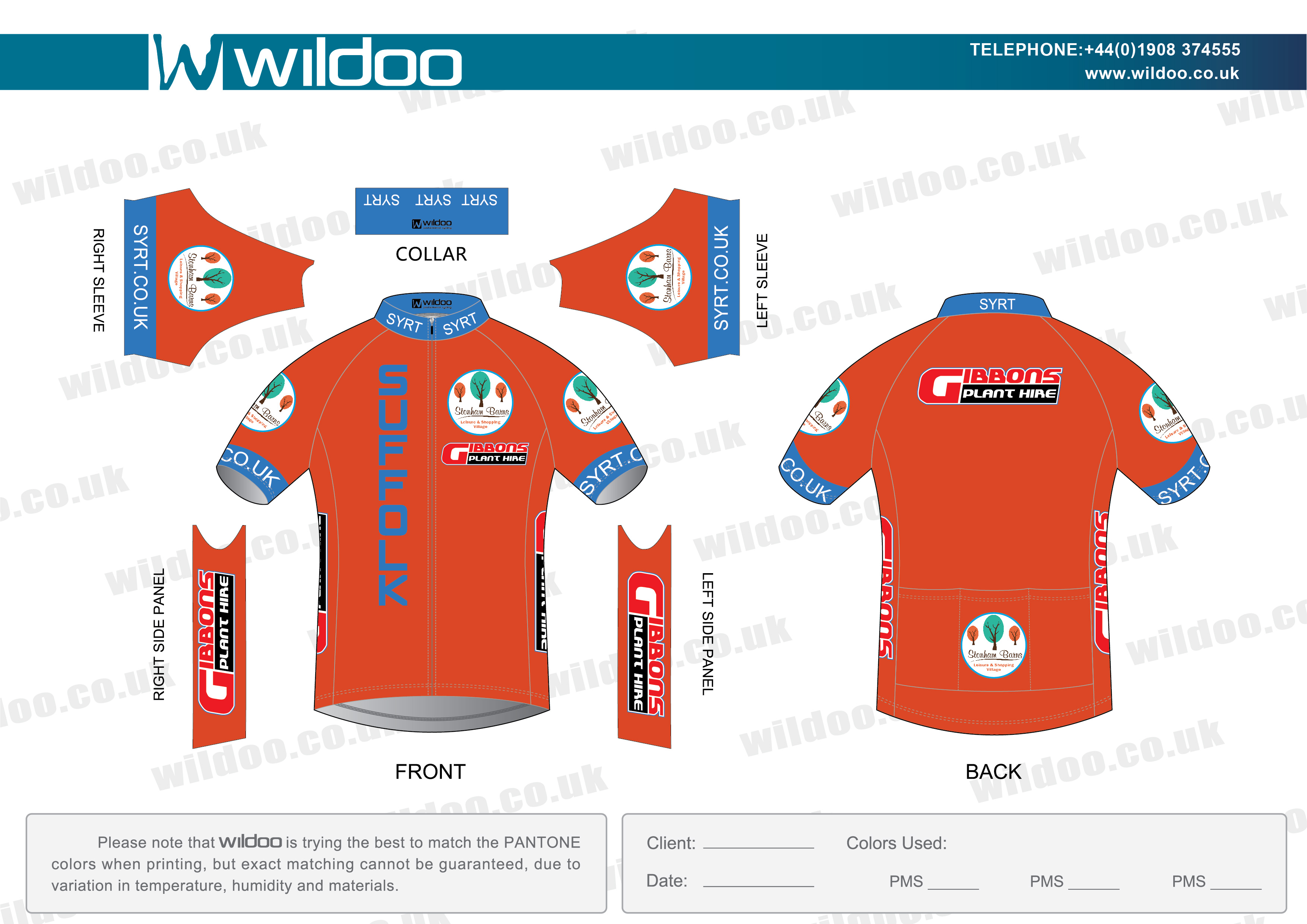 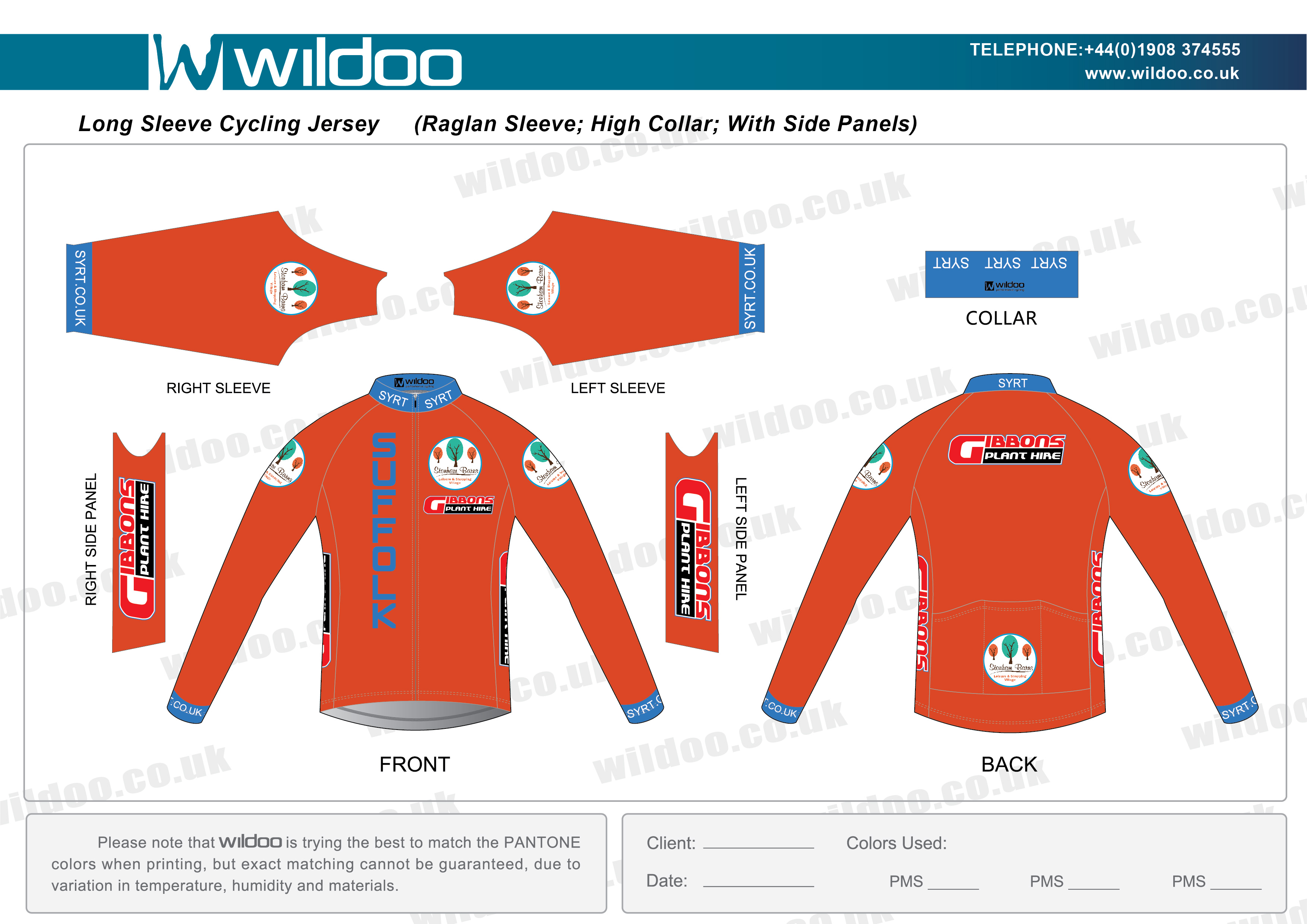 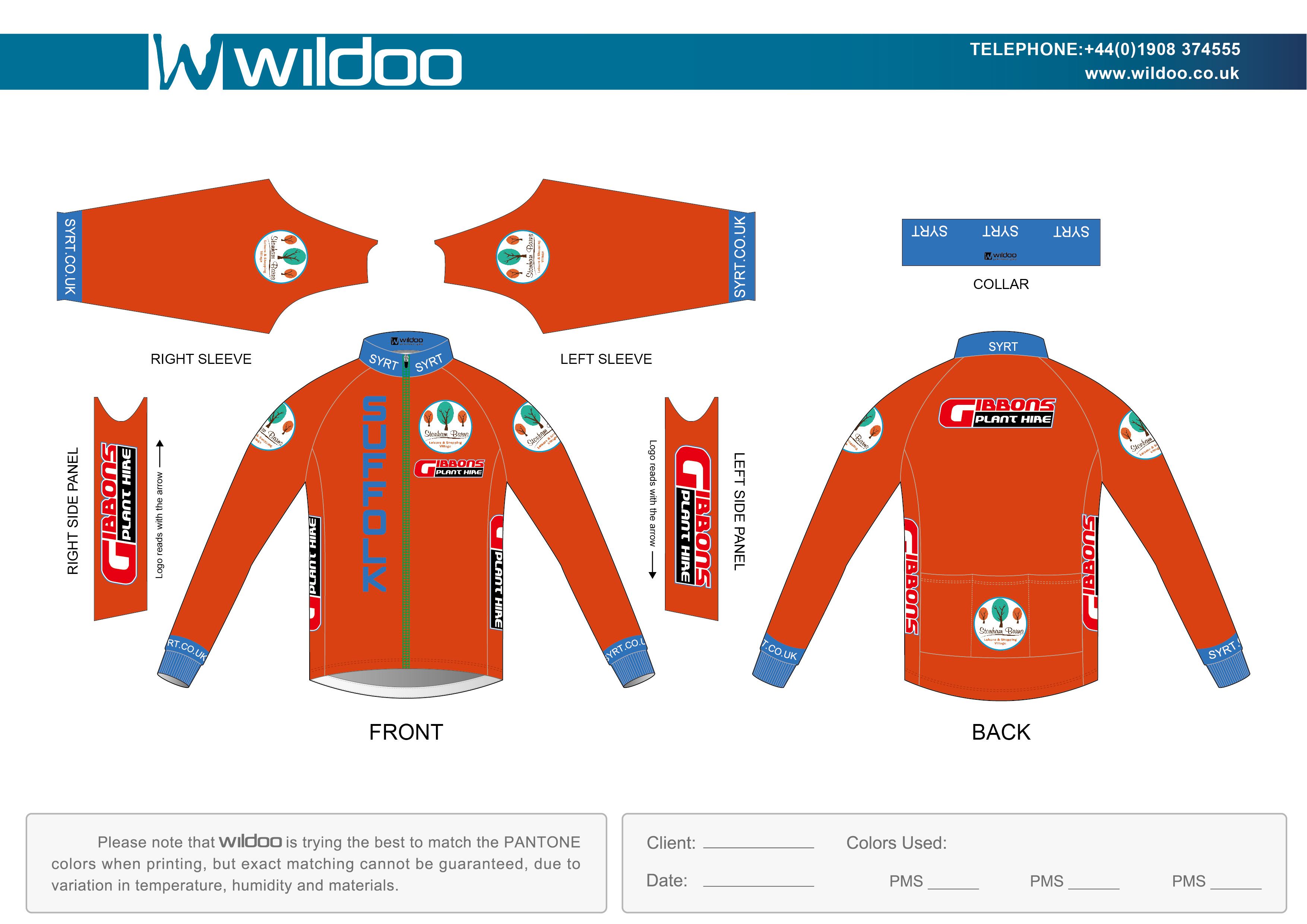 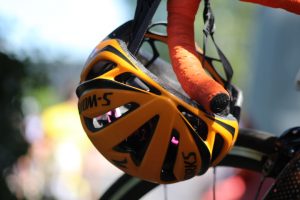